Perhaps no motorcycle in Harley-Davidson’s product lineup has ever been so successful and versatile as the Sportster.

I own two Sportsters, and it’s difficult to name bikes I enjoy much more, even though I’ve owned 22 other motorcycles that span the range from liquid-cooled V-twins to V-fours, air-cooled parallel twins to in-line fours, and shaft drive, belt drive, chain drive, SOHC, DOHC, push-rod – you name it, I owned it.

A neighbor of mine teases me that the Sportster is the best dirt bike Harley ever made — and he’s right. The Sportster is also probably the best hill climber, drag racer, land speed racer, ice racer, road racer, flat track racer, all-around road bike, or you-name-it bike that Harley-Davidson ever made.

Read enough of Harley-Davidson’s history and it quickly becomes apparent that the Sportster has made its mark in nearly every niche in motorcycling. The Sporty’s capability is so broad that it has been characterized as everything from the ultimate stud machine and two-wheeled street rod to an entry-level bike and great bike for women.

It was a Sportster motor built by Warner Riley and George Smith that powered Cal Rayborn’s world land speed record-setting streamliner to 265.492 mph in 1970. And there were others – Leo Payne built his 202.379 mph land speed record Harley around a Sportster engine in 1970; Tom Reiser captured both drag racing and hill climb titles on Sportster-based machines, and Harley’s dominant flat track XR750s owe their genetics to the Sportster.

The reason for the Sportster’s do-it-all character probably owes at least partly to the fact that the Sportster has been in continuous production since 1957, when it was introduced with a new OHV pushrod 883cc air-cooled engine.

It has been the subject of continuous product development and improvement for 57 years. Indeed, that makes it one of the longest continuously produced motorcycle models in the world.

Only 1,983 Sportsters — model designation XL — were built in that first full year of production, but the improved performance the OHV engine offered over the side-valve flathead KH meant the midsize bikes in the range would soon all be Sportsters—by 1958, the KH, KHK, and KHR were gone.

In 1958, the standard XL was joined in the product line by the XLH, XLC, and XLCH models with a higher compression ratio—the XLC being a racing version and the XLCH the off-road version.

By 1959, the XLCH became the fully equipped street-legal hot-rod and the XLH came equipped with high lift intake cams.

Harley-Davidson buyers were quick to embrace the Sportster as Harley’s first drop-the-hammer sportbike to compete with the light, quick British twins of the late fifties and early sixties—especially after the Triumph 650 cc Bonneville came along in 1959.

By 1970, the Sportster became the top production model for Harley-Davidson when 8,560 units were built; nearly 1,000 more than the Electra-Glide. That year, Harley also released the XR750 – a Sportster-based model for competition in the AMA’s Class C Racing.

In 1977 and 1978, the Sportster line included the XLCR, a factory café racer adaptation of the original Sportster and the XLT touring bike that came with Electra-Glide saddlebags, touring windshield and handlebars, thickly padded seat, taller gear ratios, and larger (by Sportster standards) 3.5-gallon fuel tank. Both of these were dropped from the line-up by 1979.

By 1979, Harley-Davidson dropped all the smallest of its bikes and the Sportster became the smallest displacement Harley in the line-up, still at 1000cc.

In 1986, the Sportster got a re-fresh with the return of the 883cc engine and introduction of the 1100cc engine, both based on the new Evolution engine, and still running four-speed transmissions. In 1988, the Sportster range included three 883cc variants now featuring Keihin carburetors, the 1100cc model was bumped up to 1200cc and the low seat height Hugger was introduced.

In 1991, Sportsters finally got the five-speed transmission they so richly deserved, rubber-mounted footpegs and belt final drive on the 883 Deluxe; by 1993, belt drive was on all the 883s.

As the Sportster rolled on into the 21st century, a myriad of improvements, some not visible to the casual observer, continued to move the bike up the technology scale. For example, in 2000 engine and transmission internals got important upgrades, as did front brake calipers, crankshaft, wheel bearings, and improved intake and exhaust flow resulted in better power.

Through the 2000s the Sportster species has continued to evolve and grow with new sophistication and edgy design like that of the XR1200 introduced in 2007. Many sub-models also evolved, making the bike appeal to an even wider audience. 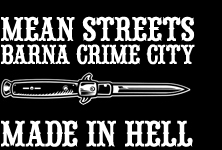